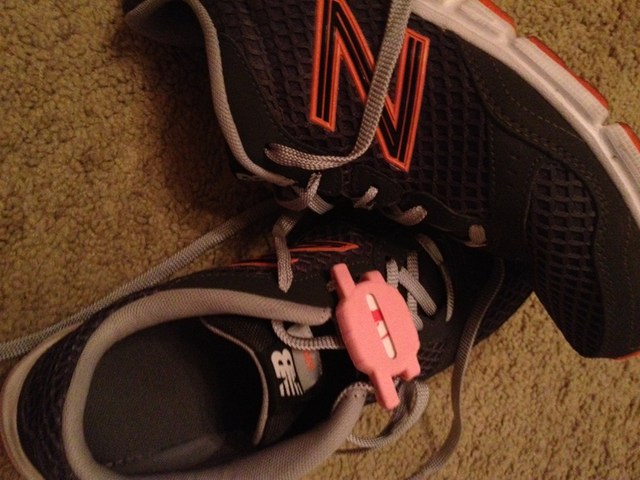 About a year ago. There was this, then there was this, followed up by a few more visits to the doctor. To the doctor that told me, without mincing words, that I was going to have to lose weight and improve my overall condition or he was going to treat me like a diabetic. Yea, that was pretty shocking.

So I started exercising. And it was hard. And, if I’m honest, I wasn’t _really_ exercising well. I mean, I would go, but I wasn’t trying very hard. I discovered walking and discovered that I really enjoyed starting my day with a brisk 3 mile walk. Then summer hit. Then the new job.

This isn’t the first time I’ve let myself get out of shape. This is, however, the first time that it has happened since I was in my 30s. Remind me not to let that happen again. Everything is harder and the results take longer. When I was 30, I would skip french fries, think about going to the gym and have a light beer and lose 5 pounds. Now, 15 years later, that takes some serious control in what I eat and how much I exercise. Don’t even think about skipping more than 2 days either. No sir. It’s like starting over from the beginning again.

It also helps with my mood. Bad day at the office? 30 minutes crushing digital hills fixes that. High frustration? Nothing compared to trying to run for any length of time for the first time since high school. That was today and it’s been something I’ve been working up to. I did 6 minutes of running out my 30 on the treadmill and broke my treadmill speed record. 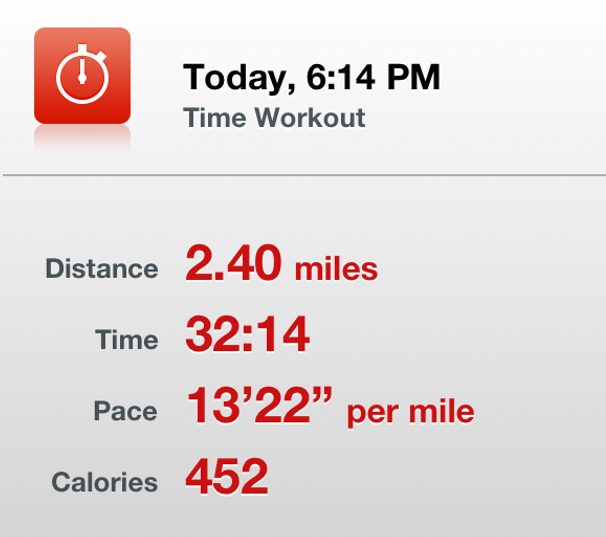 It’s been hard. And it’s not getting easier. I’m making sure of that.